The Irish Railway Record Society in London is a hub of railway enthusiasts from all walks of life. We ask the same questions but always get different answers! 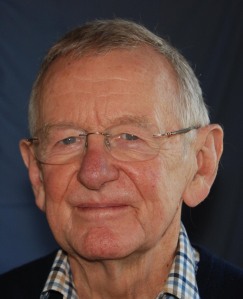 Occupation Retired dentist, post graduate teacher and profession leader as Chairman and President of British Dental Association 1994 to 2000 and internationally.

When did you first become a member of the Irish Railway Record Society in London and why?
I have been a member for over 15 years. I joined IRRS after participating in Railway Preservation Society of Ireland (RPSI) International Tours (firstly in 2001). My mother was Irish and I have always been interested in Irish railways. The railtours broadened my knowledge and appreciation of the island of Ireland. I hold an Irish Passport through my Irish citizenship and am a Europhile!

Do you have a role in the society? I edit and look after the London Area Society Website and have an overview on the London entry on the parent website.

What is your favourite Irish railway station or location and why? Mullingar. The Midland Great Western Railway (MGWR) was my mother’s line and we visited the town whilst my grandmother was alive. When it remained an active junction the architecture and layout was fascinating. The RPSI have visited and I have therefore witnessed the sad decline. Sadly any chance of the Athlone line re-opening seems to have gone, which is a pity.

What area of railways interests you the most?
Locomotives and their use was my first interest as a ‘retired’ trainspotter! But with that came photography and I have a wide range of photos from 1945 onwards. My interest now embraces history, book collecting, travelling by rail worldwide, model railways: OO layout, and collect Hornby and Lionel O-gauge.

If you could take a journey on any railway in the world, which would it be? Or describe it if you’ve already done it!
For scenery and interest the West Coast of Scotland, and Settle and Carlisle take some beating but world-wide I would like to go Coast to Coast via the southern route in the USA. A Rovos rail trip from Durban to Pretoria sits in the memory as does New Zealand rail.

Do you have any other hobbies or interests?
I played cricket until I was 66 and now play golf. Other hobbies include cycling, photography, the Arts Society, theatre, and music, pop, jazz and classical in particular. My Chairmanships include the Cricket Society, Arts Society Essex, London School of Osteopathy, and the Old Boys School Association. I’m also interested in politics, history and literature. And of course my wife and family.

One unknown fact or claim to fame
I led my profession in Europe, responsible for approval of the eight countries that joined the EU in 2004 and onward.